The Laker Anchor • May 17, 2022 • https://thelakeranchor.com/650/sports/slhs-girls-cross-country-participates-in-jogs-for-dogs/ 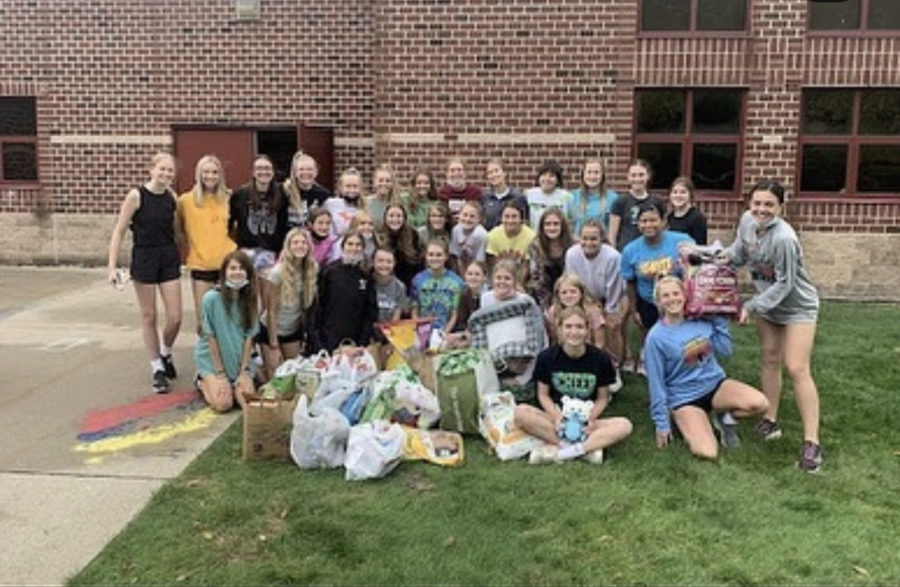 Anyone who loves animals has likely at least considered donating to their local animal shelter. Coach Andres and his girls cross country team were collecting donations for the Muskegon private no kill Humane Society. The donating day ended on October 12th, and the team was impressed by the amount of food, toys, and other donations from students and staff. The team had a fun time running, walking, and playing with all the dogs.

When the girls weren’t with the dogs there was a room full of cats and kittens waiting to be played with! Some of the cats at the Humane Society had some heart wrenching backstories. One cat was actually thrown out of a moving car in the middle of the highway! There was another who had been at that humane society for over 11 years!

“It was sad to see their sad faces, but at least we could help cheer them up for a day,” says Kaiya Theune. Some of the girls became so attached – it was hard for them to walk away from all the animals.

Some of the dogs at the shelter just arrived from the vet’s office after having surgery, so they couldn’t run. The ones that weren’t allowed to run went on a nice walk with one of the girls and afterwards played for a little bit in a private room. All the dogs and cats that day got much-needed attention from the team. Coach Andres says that it is one of the best parts of the season and looks forward to it every year! There were many girls at the end of the day on their phones either texting or calling their parents about their new found joys.

Shelters and rescue operations for pets need donations from the community to operate. Many animal shelters do not have the resources they need to care for sick or injured animals. Remember if you didn’t get the chance to donate this year there will always be one next year!