Why are we just now enforcing no hats and hoods? 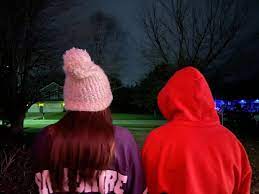 Personally, I think that it’s a little silly that this late in the year, the administration has started enforcing no wearing of hoods and hats as well as the use of cellphones in class. Why start to enforce these rules with just three months left of the school year when the rules have been lenient all year? Students have become so used to this leniency that it’ll be hard to transition into the new policies.

The use of phones in class is getting more restricted, and I understand. There has been an increase in the percentage of students cheating with their phones, but students have been using their phones to cheat on tests for a long time. Now that students have the opportunity to bring backpacks to class, the teachers know they have their phones on them. Junior Yeabsira Vlasma said regarding the no-phone policy, “I still use my phone in class, I feel this doesn’t put the students’ needs first.” We, as students, are still expected to keep them in our bags during class. But, even when we had lockers and couldn’t bring phones to our classes, that didn’t actually stop anyone from sneaking them in and hiding them behind a computer to play games or text friends. What makes the administration think we’re gonna stop using our phones when we have the free time in class?

As for hoods and hats, I don’t think I’ve ever fully understood this rule. The argument of “it hides the identity of students” could be used, but don’t masks already hide our identities? A hoodie or a hat isn’t going to change that. When asked his opinion on the no hats and hoodies rule, Junior Tanner Ketner said, “I think it’s a violation to our freedoms. If high school is supposed to get us ready for the real world, why can’t we express ourselves through hats or the way we dress?” If it makes students more comfortable in class, what’s the harm?

In conclusion, I don’t understand why these rules are just now getting enforced this late into the school year. Why not start enforcing these rules more in the coming school year? Students have gotten so used to the more lenient rules for six out of the nine months of the year, that this can actually be a big change for them. With the rules changing so abruptly, students will have a hard time adjusting.