Misinformation in the Media 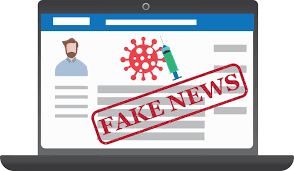 Recently, there has been a rise in advocacy for political issues by youth, specifically on social media. Most of the advocacy surrounds recent police events, Black Lives Matter news, and election stories. But, as young citizens, we must learn to do our research. In the last 6 months, Instagram has been a central platform for the youth of America to spread their views and opinions. Popular Instagram pages like @chnge, and @impact have been the center of attention for political news. Recently, in the wake of Daunte Wright’s killing, Instagram was plastered with posts from the previously mentioned pages.

While it is important that the future voters of our country are aware of the recent events, we must use reliable sources. In one example, the @chnge infographic that surfaced had plenty of true information, but also a fair share of misinformation.

On the first page of the post, they claimed “[Daunte] was a child.” Now, while 20 is young, he was not a child. Also, it is important to note that many news stories were claiming he was pulled over for “air fresheners in his window.” The reason he was pulled over was for an expired license plate tag. The police then learned that Daunte had an outstanding warrant. In his case number 27-CR-19-29850—which can be accessed by anyone on the internet— it shows that he was charged with aggravated robbery in 2019, and had an outstanding warrant for this.

For these instagram pages to claim that he was “innocent” is simply misleading. Now, just because he was not an “innocent” man does not mean his death was justified in any way. However, the sharing of these infographics and misinformation does nothing to help bring him any justice, rather, it shows how impressionable our generation has become. If these are the future voters of the United States, shouldn’t we be doing credible research? Simply believing what you see on the internet or social media, or posting what your friends post to be “socially woke” is not acceptable. When will we start holding ourselves accountable?